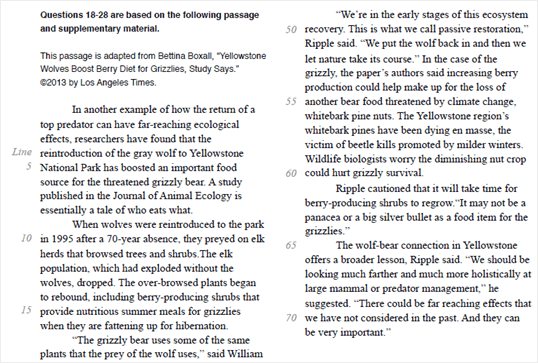 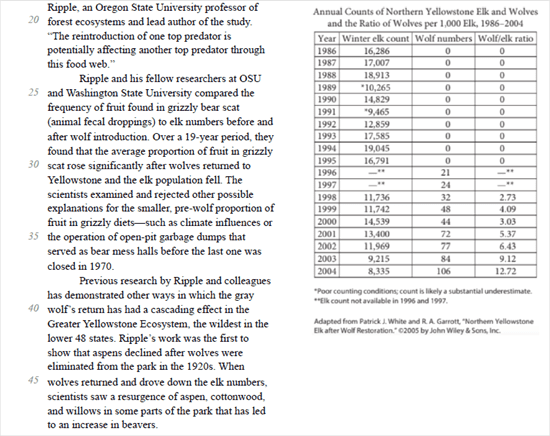 18. The main purpose of the passage is to
A) discuss an ecological phenomenon.
B) analyze a scientific experiment.
C) resolve an environmental debate.
D) draw attention to a historic discovery.
19. According to the passage, what was a direct result of the drop in the elk population at Yellowstone National Park?
A) An investigation of the grizzly bear population
B) A decrease in the number of aspen trees
C) An increase in fruit-bearing plants
D) A surge in the wolf population
20. Which choice provides the best evidence for the answer to the previous question?
A) Lines 6-8 (“A study . . . what”)
B) Lines 13-16 (“The over-browsed . . . hibernation”)
C) Lines 44-48 (“When . . . beavers”)
D) Lines 51-52 (“We put . . . course”)
21. According to the passage, one potential challenge to the survival of the grizzly bear population in Yellowstone National Park is a shortage of
A) elk.
B) beetles.
C) cottonwood trees.
D) whitebark pine trees.
22. Which choice provides the best evidence for the answer to the previous question?
A) Lines 28-31 (“Over... fell”)
B) Lines 52-56 (“In the... nuts”)
C) Lines 61-62 (“Ripple... regrow”)
D) Lines 62-64 (“It may... grizzlies”)
23. As used in line 11, “browsed” most nearly means
A) inspected.
B) skimmed.
C) destroyed.
D) grazed.
24. As used in line 59 , “diminishing” most nearly means
A) demolishing.
B) apprehensive.
C) apparent.
D) decreasing.
25. Which choice most closely captures the meaning of the figurative “big silver bullet” referred to in line 63?
A) Unexpected outcome
B) Tempting choice
C) Definitive solution
D) Dangerous event
26. The main purpose of the final paragraph of the passage is to
A) advise the reader of some potential limitations of Ripple’s conclusions about the nutritional needs of the grizzly bear.
B) extend the implications of the relationship between wolves and grizzlies in a particular environment to other animals and contexts.
C) describe a certain experiment that Ripple will be undertaking in the future to corroborate his findings.
D) suggest the potential ramifications of reintroducing another species into an already fragile ecosystem.
27. According to the table, the wolf/elk ratio experienced a decrease between which of the following years?
A) 1998 and 1999
B) 1999 and 2000
C) 2000 and 2001
D) 2003 and 2004
28. Which claim from the passage is most directly supported by the data given in the table?
A) Elk numbers in Yellowstone National Park showed an overall decline as a result of the introduction of wolves.
B) Elk numbers in Yellowstone National Park declined every year following the introduction of wolves.
C) Elk numbers in Yellowstone National Park in any given year decreased as the ratio of wolves to elk that year increased.
D) Elk numbers in Yellowstone National Park stabilized after an initial decline as wolf population numbers stabilized. 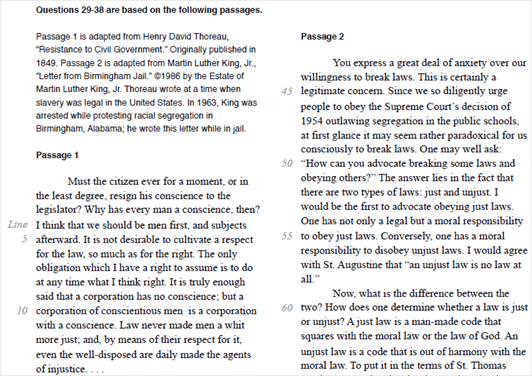 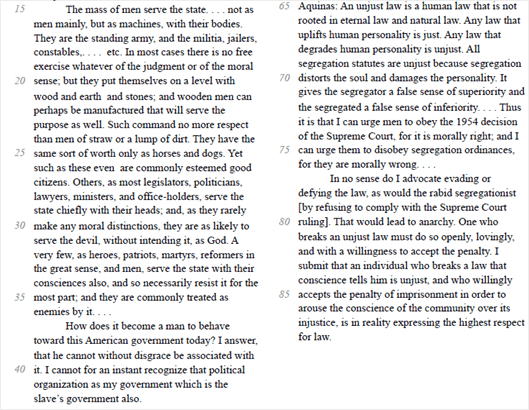